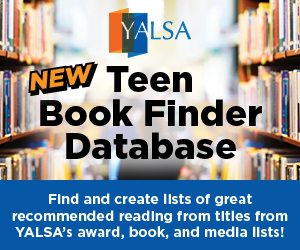 Diversity in YA Lit

Visit your local branch and use your library card to check out a book that we don't have or check out an e-book that can be delivered right to your device!

TumbleBookCloud is a collection of ebooks in a wide range of reading levels, and several different formats designed for grades 7 to 12. Unlimited, remote access from any device that has an internet connection.

What Should I Read Next?

A wonderful resource for those of you who read series and want to know what the next book is! Just click on the link.

Let us know what you thought about one of our new books!

Teens around the country voted on the top 10 Young Adult novels published in the previous year and here are the results! Books are listed in order of ranking. Choose one to check out from your library today!